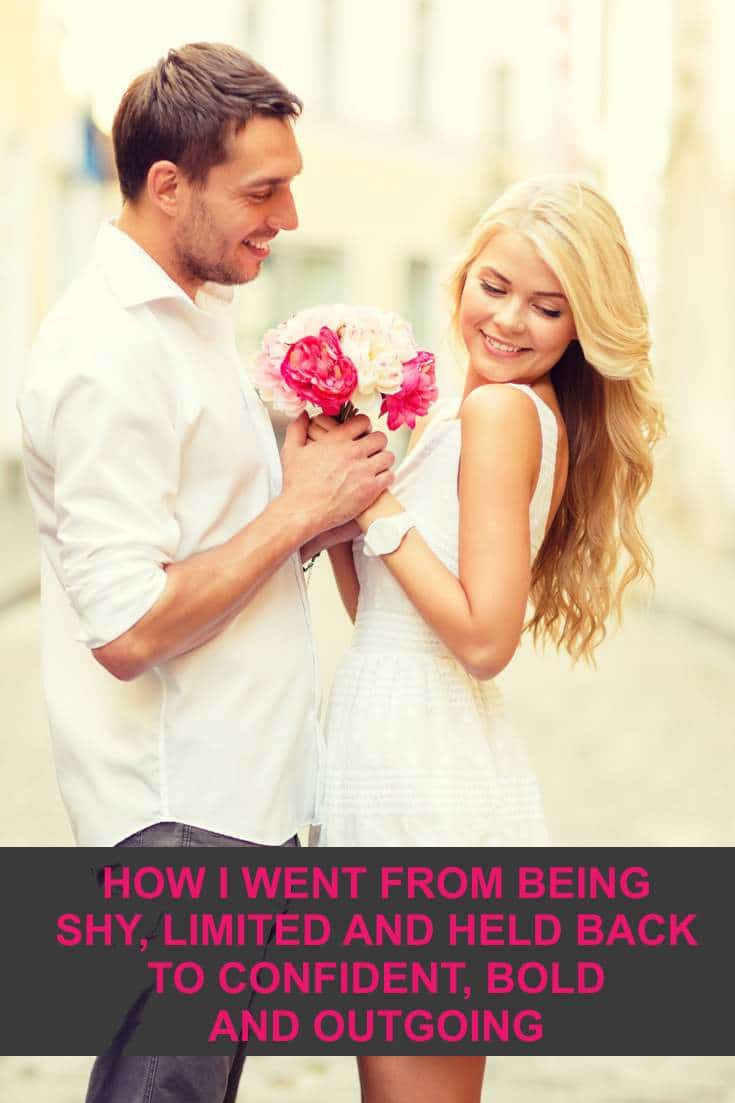 “Forget all the reasons it won’t work and believe the one reason that it will.” ““ Unknown.

I had just turned 43 when I approached a woman for the first time and asked her out.   Every girlfriend I had and every date I’d gone on before that the woman had asked me out.     “What’s your secret, man? I wish I had things that easy,” I hear you saying.     There’s no secret, man.   And as you about to find out it definitely wasn’t as glamorous as it sounds”¦then. 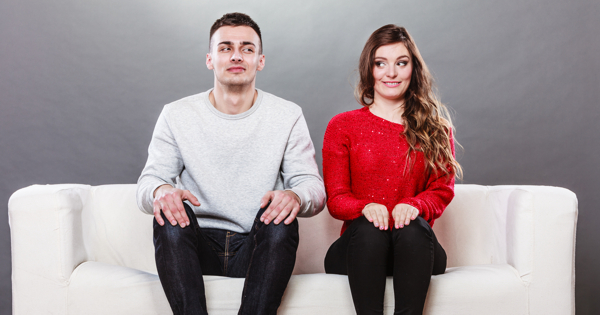 I’m a good looking guy.   I’m what you would call tall, dark and handsome.   I encounter very few obstacles attracting the attention of beautiful women. Up until just recently, that’s all I did.   The old me was too shy to approach a woman, even when her interest in me was as subtle as a sledgehammer!

My struggle with shyness and the lie I believed

I’m not sure what had caused my shyness as I was always outgoing growing up.     It was nothing for me to make new friends or fit in as they say.   Maybe my shyness developed in my late teens.   It was around this time that my mother’s dislike for the world and everyone in it reached new heights.   I recall her telling me that most people are “evil” and all women are “hussies.”

Maybe my shyness stemmed from always having my mates ask a girl out for me.   I always wanted to ask the girl out, but it wasn’t the done thing.   Every guy, it seemed, had their mates ask the girl out on their behalf, so I just followed suit.     Going against the grain as a teenager, as most of us can relate, isn’t always a good thing, especially in social situations.

Wherever it came from my shyness became so intense it had a negative impact on all areas of my life, not just with women and relationships.   I found it hard to speak up at work and in meetings and when I did I would have a panic attack and beat myself up afterwards. “You idiot! Why did you say something? You didn’t have to. Everyone could tell how nervous you were,” and on and on it would go.   I avoided conflict, or should I say, ran away from it, struggled with   every type of social interaction, even with family, and made excuses not to attend social gatherings like parties, BBQs, and even just hanging out with friends.   As a result I stopped getting invites and became lonely, depressed and withdrawn.   I didn’t want to live like this so I took the first step and spoke to my GP about it. It was clear I needed specialist help so he referred me on to a mental health professional.   It took some time but I managed to get to a point where I could interact with people and go to social gatherings without feeling tense in the body and wanting to leave straight away.

There was still no way in hell I could ask a woman out, however, so I continued the pattern of having my mates ask women out on my behalf.   By this time most of the women had outgrown this type of “˜courting,’ so opportunities became less and less.   “Oh, well”, I thought.   “If a woman likes me she can ask me out.”

I spent a few years single, which is hard at any age, let alone when you’re in early twenties and in the prime of your life sexually.     I would never admit at the time but I became desperate.   I was willing to accept anyone who showed interest in me and so I did.   I spent eight years of my life in an unhealthy relationship with a woman I wasn’t attracted too on any level.     I broke up with her having found out she had cheated on me.

I spent many more years alone after this because I struggled getting over the relationship, despite it being emotionally and spiritually crippling, and because I still bought into the lies that women I am interested in will approach me.

What did happen was history repeated itself.     I got into a three year relationship with a woman I wasn’t attracted too because I was desperate.   And yep, you guessed it, I broke up with her having found out she had cheated on me.

Worse, I still believed the lies that a woman I’m interested in will approach me.   I kept telling myself “You’ve had two really bad relationships and spent many years in a “˜dry spell,’ but you will meet “˜the one’ and it will just happen.”

I hooked up with another woman who I wasn’t attracted too.   Actually, that’s not entirely true.   She did have a sexy body and she was definitely an upgrade on my previous relationships.   But she obsessed over me and would call or text me day and night and even “˜creep on me.’

I would catch her sometimes outside my house waiting for me to leave and then she would follow me to wherever I was going.   She would bump into me and say “Imagine seeing you here,” or something similar.   I’d learned from my previous bad relationships and ended this one before it got way out of hand.

I continued going out to meet women, but was still too shy to approach the ones I was interested in.   And even though by now I had learned that they wouldn’t approach me, I still hoped they would.

On New Year’s Eve 2014 a woman I wasn’t attracted to approached me. I showed no interest in her but she kept persisting.   Her persistence paid off because in the early hours of 2015 I started to believe there might be something between us.   I remember her giving me a kiss good-bye and me breaking out in a cold sweat.   “Crap,” I thought. “She hasn’t asked me out. I’ve gotta do something here.”
“Hey, it was nice meeting you tonight,” I told her.   “I’ll send you a message on Facebook.”

Yep, I asked for her out via a Facebook message.

A few days later she sent me a message saying that she was too busy for any kind of relationship and that she just wants to be friends.
Because of my shyness I got put in the friend zone by a woman I convinced myself I was attracted to.

When the student is ready the teacher will appear

For the first time in my dating life I took responsibility for my actions and short comings. I made a commitment to myself to do whatever it takes to change things. I started devouring everything I could on becoming better with women and relationships and being my best version.   A lot of the stuff I came across in the beginning I thought was good advice, but the more I put it into practice, the more I learned that it was not.   Regardless, it got me out there approaching women for the first time in my life, so that in itself was a good thing.

I didn’t stop researching and testing out advice from dating and relationship “˜gurus’ and had mixed results.   Much of the information I found centred on “˜one night stands’ and “˜pick up’ routines.   This type of interaction served me for a little while, but I wanted more than that. I wanted to be able to approach women from a place of authenticity, honesty and vulnerability.   I wanted an incredible relationship with an amazing woman who knocked my socks off and vice versa.

While I looked for help and guidance in this area I kept approaching women and putting myself out there.   I learned a lot about women myself just from doing this and as a bonus I was becoming less and less shy around them.

My efforts paid off when I found the advice I was looking for. I stumbled upon experienced and highly skilled coaches who I could relate to because they had shared similar experiences to my own.   From their recommendations, asking questions, and my own research I found the resources to help me on my journey.   Out of all them Till. Gross’s Comfort Zone Crusher Challenge course helped me the most.   This is a series of social challenges that help you become confident, build up your self-esteem and develop a healthy relationship with fear by intentionally putting yourself in embarrassing or awkward situations.   Some of the challenges involved howling like a wolf in public, lying down on a busy sidewalk, asking a stranger for a sip of their drink and asking an attractive stranger for their number.

I did these challenges over and over and in under a year I’d gone from being shy, limited and held back to confident, bold and out-going.   I approach women I am interested in all the time now and they approach me.   Some even buy me drinks!   My dating life and life in general has gone full circle and is the way it was always meant to be: abundant, exciting, meaningful, fun, effortless.
But the best thing to come out of this is using my experiences to help others break free from being shy, limited and held back.

Have you or someone you know turned their life around late in life?   Have you ever been held back from shyness and self ““doubt? If so, in what way? How did you break free?