What is your dream?

Every one of us has this deep desire to be something. Some want to be a famous writer, other to be undefeatable lawyer, and some other to be CEO of multinational companies. We all have the same chance to achieve our dream, or don’t we?

If you have anxiety disorder, you may disagree. The anxiety attacks you unpredictably, and it can debilitate your performance in professional career or relationship. The anxiety prevents you from delivering your best, so you have lower chance to success. 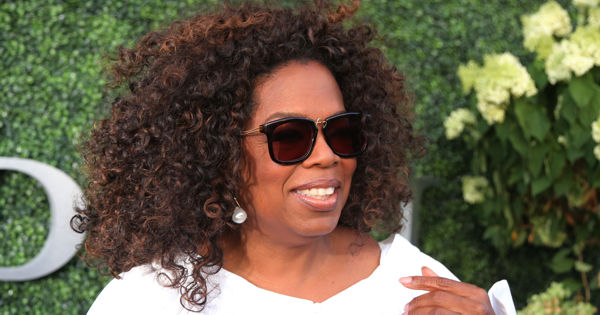 But, the world has proven that such thought is not true. Many successful, world class public figures have been diagnosed with anxiety disorder. The list includes Abraham Lincon to Nikola Tesla. How can they achieve their success despite the obvious disadvantage of having anxiety disorder? They have their secret method to cope, and they have shared them to public.

So, if you feel your career, relationship, or reputation is affected by over the top worry and panic, then you will need these advices. 10 public figures from different areas of career have shared their wisdom in overcoming anxiety disorder and achieving their success.

Charles often shared his experience with anxiety disorder with media. Once, he told New York Times that he wakes up everyday in a funeral-like atmosphere. People are amazed at how open Charles about his disease. Usually, people with anxiety tend to hide the fact due to embarrassment or fear.

Charles’s second wife, Jean, told the same magazine that Charles believed in Buddhist principle of acceptance. He accepted his disorder without bitterness, that’s why he could talk about his feeling during anxiety openly. He talked about it, but he didn’t complain or resent it. She believed that his acceptance helped him to manage the anxiety. That’s why, even with this disorder, Charles was able to draw the funny and lovable characters of Snoopy and Peanut.

As a CEO for a public relation company, FinePoint, Meredith has to deal with client meeting and sales pitch, often until thrice a day. Once when she was an intern, her anxiety disorder made her speechless and disoriented during a presentation in a meeting. After that disastrous meeting, she cried herself in the bathroom.

However, she refused to give up. After that, she observed herself closely and did her research about anxiety disorder. She found out that her anxiety trigger was public speaking, so she set to work on that area. She picked up toastmaster class to overcome that fear. Now, she was no longer the speechless intern but the CEO with winning sales pitch presentation.

While it was not diagnosed until much later after his death, psychologist and historian tend to agree that Lincoln suffered from anxiety and disorder. The psychologist and historian conclude this diagnosis after reading Lincoln’s correspondence. His mental state was reflected in the letters he wrote. There, he often expressed his grief, fear, and uncertainty towards the situation he was in.

It should’ve been surprising that such a strong figure like Lincoln have this disorder, but he had proven that people with anxiety still can be a fine leader for a country. The letters Lincoln wrote may had an important role for his disorder. When Lincoln poured out his heart in the letters, he was journaling. He tried to understand himself by writing out what happened to him, what he felt, and what he thought. His awareness toward himself and his situation gave him a sense of control that calm his anxiety.

Emma knew she suffered anxiety since she was a child. She used to feel immobilized and afraid without any reason. As a result, she seldom go out to play and socialize like a child her age. The anxiety made her life difficult. After getting some help and joining therapy, Emma got better. She even joined an acting club and found her talent in acting.

But, that doesn’t mean the anxiety disappear. Anxiety attack still happens, but now Emma knows how to manage it. Emma believed that anxiety comes from not having control over your surrounding, so she suggest to do an activities you like and master to channel your anxiety. The activities will help you regain confidence and sense of control.

Emma herself like baking, and during filming of Spiderman she often baked cakes to channel her anxiety.

Adele used to throw up before performance and refuse performance offers in big venue because of her anxiety disorder. Once, she even escaped through fire exit before she couldn’t face the crowd. Afraid of disappointing her fans, she prefered to reject those offers instead. After receiving professional treatment, Adele noticeably got better.

Beside the treatment, Adele confessed that she once got enormous encouragement from Beyonce. She met her in the backstage during a concert. There, Beyonce told Adele that she likes her voice, likening it to God’s voice. Adele was touched with Beyonce’s sincerity. Those words gave her much needed confidence to face her anxiety.

Kate Moss: Love and Being Loved

The world class supermodel received her first success at a young age of 19. She was chosen as the model for Calvin Klein. The experience was life changing for her ““ both for the better and the worse. While her face was quickly recognized all over the world, Kate herself started to develop anxiety. The job required her to pose quite intimately with male model, and everytime she saw the advertisement she said she would burst in tears. She was unable to leave her house for weeks.

Thankfully, she didn’t let her disorder keep her away from people. She decided to seek treatment, although she thought medication would not heal her. She met friends and kept working although it was difficult, until she met Johny Depp. They fell in love with each other and started a relationship. It was a short lived one, but Kate said it was fulfilling. By loving someone and being loved back, she felt strong enough to fight her anxiety.

Nikola Tesla was known as a genius since childhood. The inventor in energy and robotic science experienced panic and anxiety after the death of his brother when he was five. Since then, Tesla said he got a lot of vision of “˜white flash’. His disorder made him reluctant to go out and socialize, and preferred to stay at home and think.

But, Tesla didn’t let it stop him from success. Instead, he used his ability to think deeply about science. As a result, he invented the electric alternating current ““ the AC system we use daily for electronic devices.

Oprah had a difficult childhood. She was born in a poor family and experienced sexual abuse that resulted in her giving birth at the tender age of 14. The traumatic experiences led her to suffer from anxiety problem.

Oprah cited that she was able to go through such difficult circumstances by keeping her faith to God. Her faith made her believe that she was not alone and there was someone ““ God ““ that would take care of her. After she received her first fame from movie The Color Purple, she started to be active in doing charity and other humanity service. Since then, her fame and fortune rose even more.

Maybe you haven’t heard the name Edvard Munch, but I’m sure you know The Scream painting. It is the painting that inspired the movie “Scream” and every Halloween you can spot at least one person wearing “Scream” mask. Seeing from that painting, we can see that Munch painted his own experience of anxiety. Indeed, he also suffered from anxiety disorder.

Munch turned his disadvantage into creativity instead. He painted the experience he got from his disorder ““ something that not everybody has. It was that uniqueness that makes his paintings stand out from others.

The sexiest woman alive according to Esquire Woman Magazine, Scarlett Johansson, is another fighter for anxiety disorder. Scarlett confessed that she once felt so anxious when filming her movies, she felt miserable and almost dead. She also couldn’t perform live on stage when she was asked to sing her song when she collaborated with Pete Yorn, said it was different from walking the red carpet, where glamour and blitz mask her insecurity.

Despite her anxiety, Scarlett is always able to finish her filming, no matter how bad her anxiety at the start. She gets through the anxiety with encouragement from none other than herself. She whispers to herself that she can’t keep going like this for five days and she has to find a way to calm herself. This shapes her determination to overcome her anxiety, and the trick works for her. Overcoming her anxiety makes every filming experience rewarding for her.

These 10 public figures have proven that anxiety disorder is not a barrier from success, as long as you know how to manage it. They fought their battle and won. Do you think you will be able to fight your battle too? Tell us about your concern regarding anxiety disorder in the comment section below!

Find out how happy you are using your Timeline Perspectives

7 Irrational Thoughts That Disrupt Your Life

How To Stay Motivated For Making Healthy Lifestyle Changes

What Is Your True Personality?

How To Stay Motivated For Making Healthy Lifestyle Changes