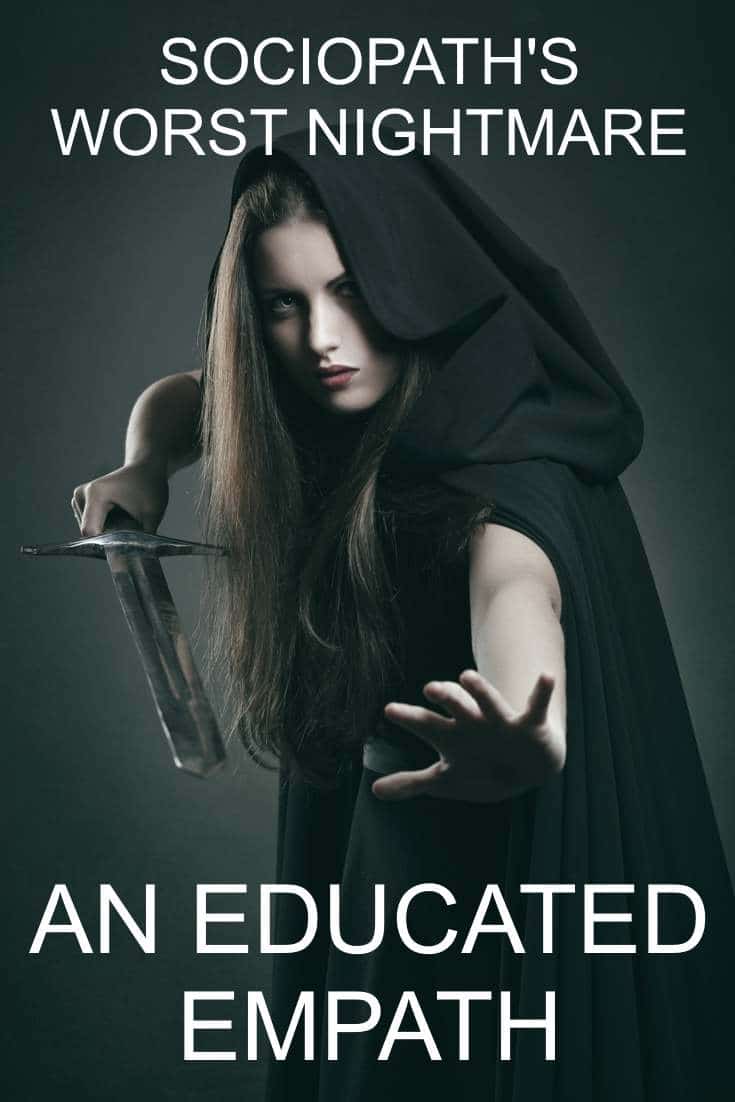 Narcissists and sociopaths lack all three of these traits. Empaths have the intellect and the creativity to manipulate and even exploit the narcissist 1000 times worse than they could ever imagine. Just because targets don’t exploit does not mean they can’t, or that they couldn’t, do an even better job than the sociopath.

Empaths don’t exploit narcissists or sociopaths because we have morals and values. And moreover, empaths are not in the business of hurting people.

I certainly don’t want targets to abuse their abuser, but I do want to encourage targets to start engaging in self-protection by utilizing their creativity to come up with nonviolent strategies to counter manipulate narcissists into staying away from them. Counter manipulation is used by targets to STOP the abuser from manipulating them. This is not something to feel guilty about, but it is in fact a very healthy behaviour called self-care.

If you are a target, please remember, you are smarter than the narcissist, because you are grounded in reality, and that in itself is a huge intellectual advantage.

I personally pity the fool who tries to mess with an enlightened empath full of self-knowledge!

This article was first published here.

Intelligent People Choose to Be Less Social ““ Here’s Why

Twin Flame Runner: 6 Ways To Reunite With Your Twin Soul

Burnout became an especially painful issue during the pandemic when the majority of people worked from home, finding it difficult

8 Fitness Hacks That Will Make Your Life Better